April 10, 2009
Whew! I think that’s the longest I’ve stayed away from this blog. I was camera-less this past week so instead of posting I was sewing. Which means I have lots to show you and lots of posting to do. Your going to be so sick of me……so lets get to it!

First the red, aqua, and pink quilt. Just because I love these colors and I had the fabric. And It was snowing outside. I pieced the back, but forgot to add the picture, nothing you haven’t seen before though. 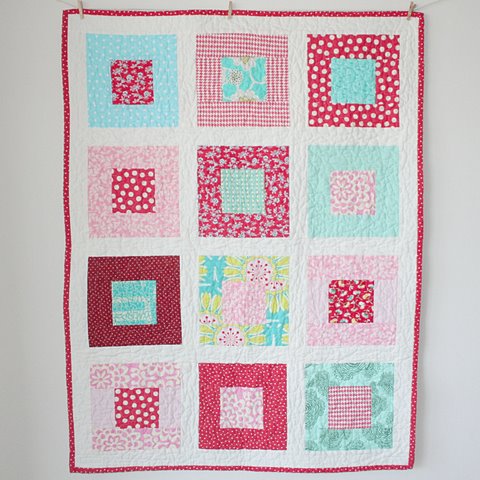 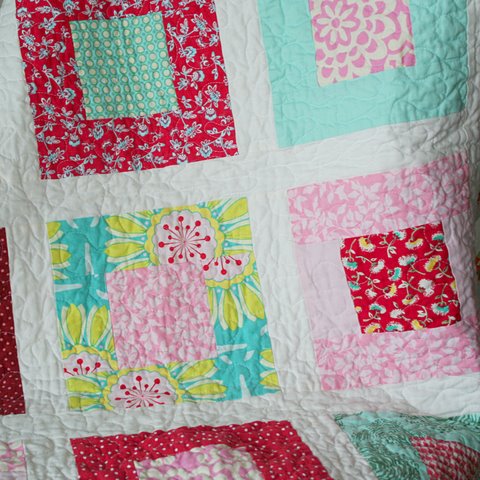 Second is this bright and cheery little number.
It makes me happy just looking at it. And gave me a good reason to cut up some of that blue/green Erin McMorris flower I wasn’t sure what to do with. This is the disappearing 9 patch pattern, except I started with 7″ blocks instead of 5″ so it shows of the big fabric prints. 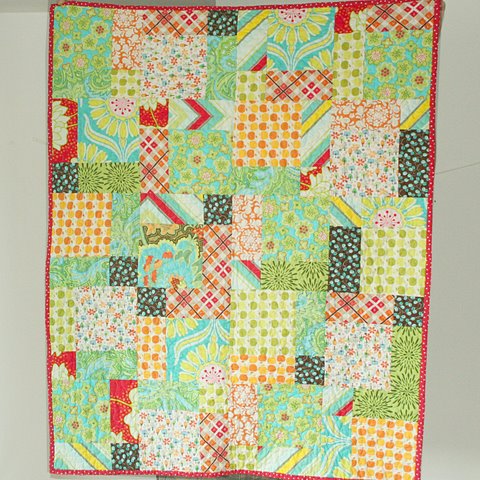 If you want to try this yourself you need 45 – 7″ squares, sew them together just like the disappearing 9 patch block instructions say (on the sidebar over there ————-> )
It will give you 5 big nine patches, which you cut to make 20 blocks, and sew four blocks across by 5 blocks down, it made it 35″ by 42 1/2″ after washing. 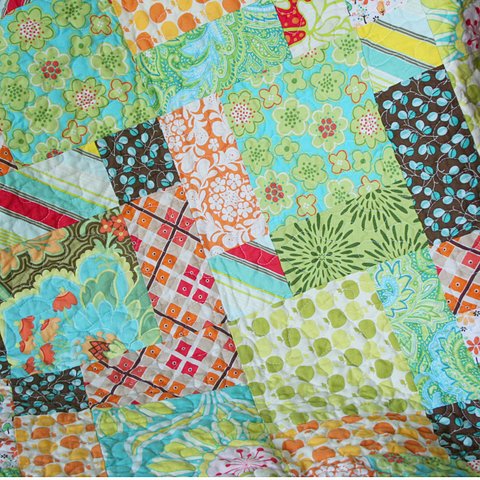 Third is this zig zag. I added a border to make it bigger and spent an hour staring at it deciding whether to take it off or not. Ultimately I left it, its busy and bright, but happy and colorful and its growing on me. 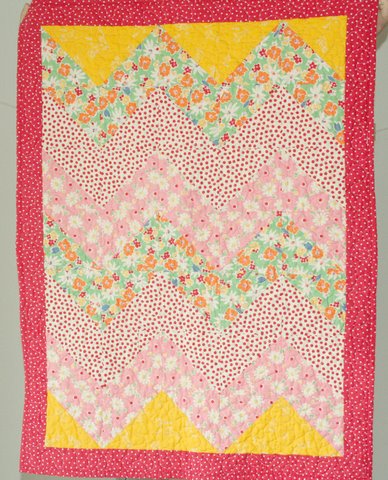 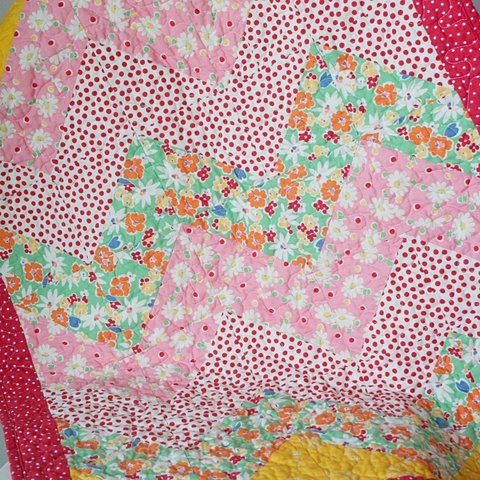 That’s probably enough to stuff into one post. But there will be more. I told you, you are going to be sick of me!

Something New
Pillows on my mind

11 Responses to Back and busy..