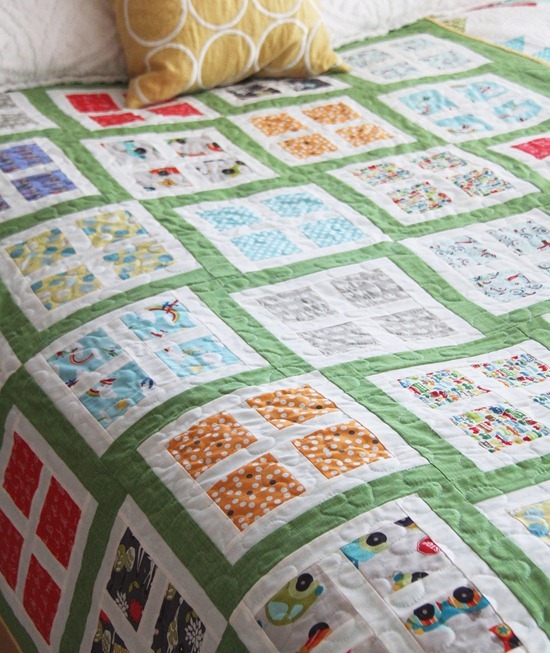 I made this quilt especially for one reason…so my boys won’t fight (constantly!) over this quilt I made last year for the couch.
It didn’t work…but now they each have their own quilt while they fight. 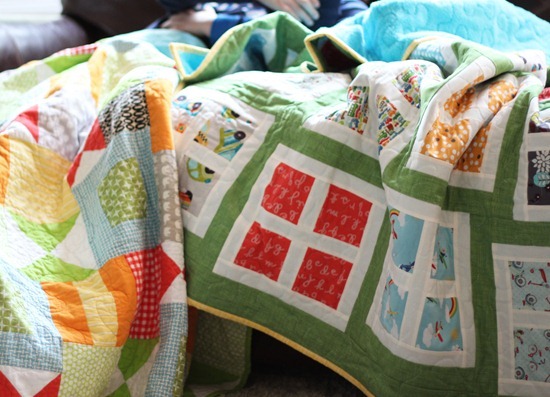 I used novelty prints from my stash and bought from a local shop.  I used lots of different squares instead of a few yardage cuts, so it would be like an eye spy quilt.   I made the throw size of the pattern 56″ x 67″…so I can steal it when you-know-who is in bed. 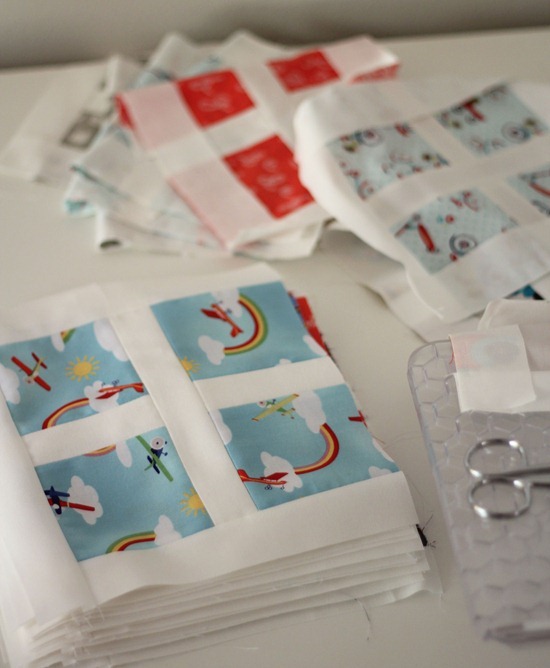 The best part is I backed it with a double sided Minky (this one…it was on sale at the time for $7.49 a yard!) and  I skipped the batting.  The Minky I bought was 64″ wide…so I bought 2 yards and it was enough to back the throw size without piecing it!!!  Love that…and a super affordable alternative, especially since I didn’t use batting.
I basted the quilt top directly to the Minky and free motion quilted it.  I’ll post more on that later… it is so soft and has such a nice drape. 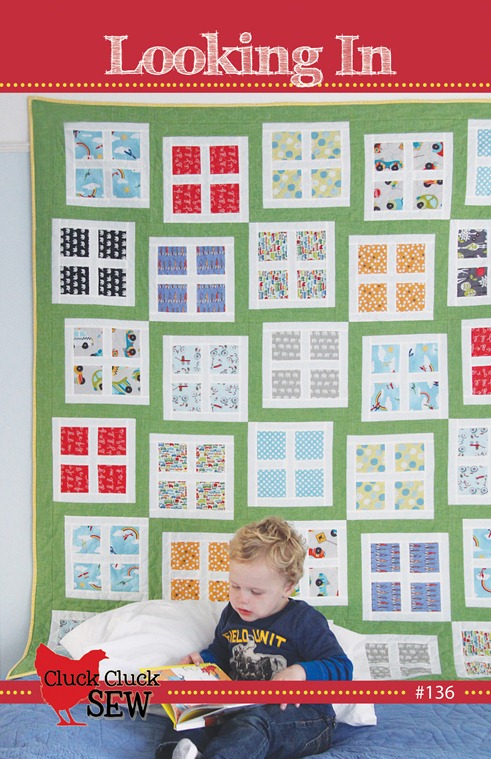 That sweet little 2 year old up there is giving me a run for my money.  I got out of the shower today to find him sitting on the couch with a open half gallon of ice cream and a spoon…must be my child.
The pattern can be found here.  My favorite block is this giraffe peaking from one side of the window to the other: 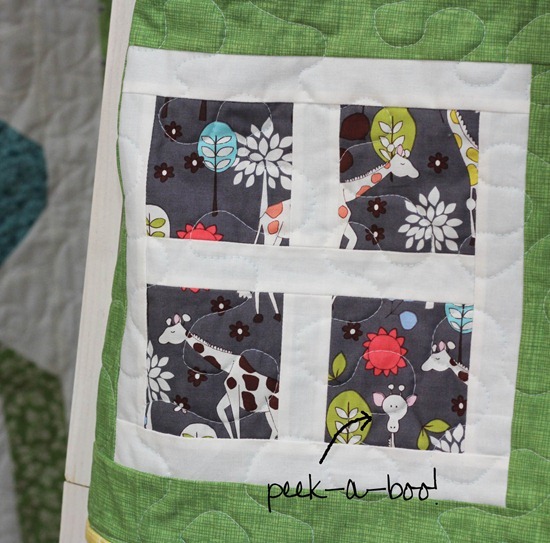 The background fabric is a print from Timeless Treasures.  It gives the background some oompth instead of using a solid.
Boardwalk
Quilting with Minky

46 Responses to Looking In